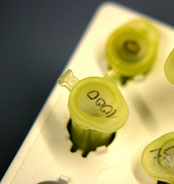 CLP or CLP Regulation stands for Regulation (EC) No 1272/2008 on classification, labelling and packaging of substances and mixtures. It came into force on 20 January 2009 and applies across the European Union.

As of 1 December 2010, substances now must be classified under both DSD and the new CLP and labelled and packaged under CLP!

Also until 3 January 2011, substances must be notified to the CLP inventory.

Mixtures may currently (until 2015) still be classified, labelled and packaged according to the old DPD. However, a transition to CLP is already possible.

EBRC offers full scientific and technical support on the classification, labelling and packaging of substances and mixtures.