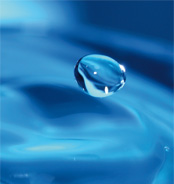 Substances that are considered PBT (persistent, bioaccumulative and toxic) and/or vPvB (very persistent and very bioaccumulative) require special attention under REACH. The major concern with these substances is that after release to the environment they may accumulate, persist for a long time and/or may be transported over long distances. Toxic effects may potentially be exerted only after an extended period of time and possibly in areas far away from the point of release. A conventional establishment of a DNEL (derived no effect level) is not possible for such substances. PBT and vPvB substances will be included in REACH Annex XIV, meaning that authorisation is required.

EBRC can provide customised assessments of PBT and vPvB properties of substances according to REACH Annex XIII by: