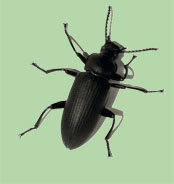 The prerequisite for marketing of biocidal products is the approval of their active substance(s) according to BPR (until 2012 acc. to Biocidal Directive 98/8/EC, BPD). For new active substances, applications for EU approval can be submitted at any time. Existing active substances (key date 14th May 2000, i.e. entry into force of the Biocides Directive 98/8, BPD) either had to be notified for the "existing substances review programme" if intended to be further marketed, or to be identified if not further supported.

According to the intended use of a biocidal product, 22 product types are defined (see Annex V of BPR).

Substances not notified, but only identified had to be phased out until 01 September 2006.